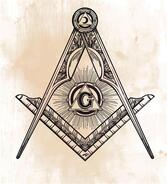 Generally Freemasonry (or Masonry) is one of the world's oldest and largest secular fraternal organizations, whose members are concerned with moral and spiritual values. The Fraternity aims to unite men of differing beliefs into a harmonious and productive community through the application of Masonic moral values and the practice of benevolence, intellectual development, and mutual respect. The necessary prerequisite for acceptance into the Masonic fraternity is the belief in a Supreme Being and membership is open to men of all races and religions who profess belief in deity and are of good repute.
<
> 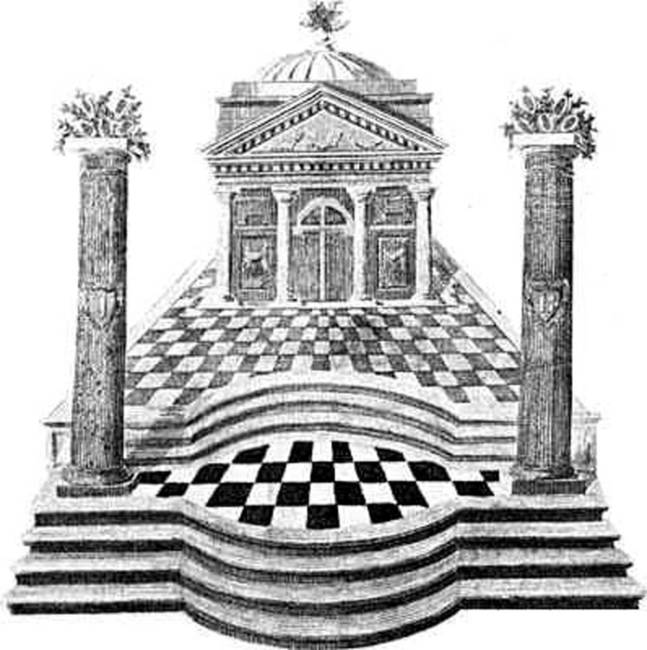 No one knows with certainty how or when the Masonic Fraternity was formed. A widely accepted theory among Masonic scholars is that it arose from the stonemasons’ guilds during the Middle Ages. The language and symbols used in the fraternity’s rituals come from this era. The oldest document that makes reference to Masons is the Regius Poem, printed about 1390, which was a copy of an earlier work. In 1717, four Lodges in London formed the first Grand Lodge of England, and records from that point on are more complete.

Over the centuries, Freemasonry has developed into a worldwide fraternity emphasizing personal study, self-improvement, and social betterment via individual involvement and philanthropy. During the late 1700s it was one of the organizations most responsible for spreading the ideals of the Enlightenment: the dignity of man and the liberty of the individual, the right of all persons to worship as they choose, the formation of democratic governments, and the importance of public education.  ​

There are two main theories of origin. According to one, the operative stonemasons who built the great cathedrals and castles had lodges in which they discussed trade affairs. They had simple initiation ceremonies and, as there were no City and Guilds certificates, dues cards, or trade union membership cards, they adopted secret signs and words to demonstrate that they were trained masons when they moved from site to site. In the 1600s, these operative lodges began to accept non-operatives as “gentlemen masons”. Gradually these non-operatives took over the lodges and turned them from operative to ‘free and accepted’ or ‘speculative’ lodges.

The other theory is that in the late 1500s and early 1600s, there was a group, which was interested in the promotion of religious and political tolerance in an age of great intolerance when differences of opinion on matters of religion and politics were to lead to bloody civil war. In forming Freemasonry, they were trying to make better men and build a better world. As the means of teaching in those days was by allegory and symbolism, they took the idea of building as the central allegory on which to form their system. The main source of allegory was the Bible, the contents of which were known to everyone even if they could not read, and the only building described in detail in the Bible was King Solomon’s Temple, which became the basis of the ritual. The old trade guilds provided them with their basic administration of a Master, Wardens, Treasurer and Secretary, and the operative mason’s tools provided them with a wealth of symbols with which to illustrate the moral teachings of Freemasonry.

Freemasonry in the District of Columbia 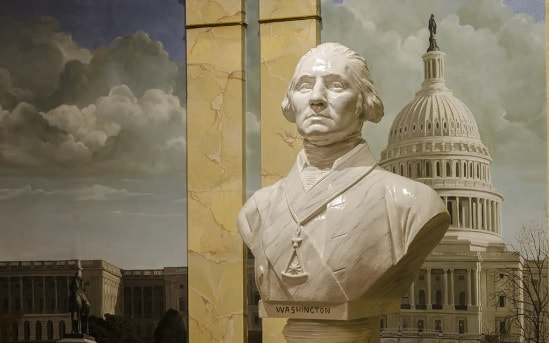 Freemasonry has been active in the United States for over two hundred and fifty years. Since its founding in 1811, the Grand Lodge of Free and Accepted Masons of the District of Columbia has encouraged interaction and discourse among individuals of differing beliefs by promoting community service, civic responsibility, and civil debate. The full history of the Grand Lodge of the District of Columbia is here: https://www.dcgrandlodge.org/gl-history.html
​

People sometimes refer to Freemasonry as being a "Secret Society." In one sense the statement is true. Any social group or private business is "secret" in the sense that its business meetings may be open only to its members. In Freemasonry, the process of joining is also a private matter, and its members are pledged not to discuss with non-members certain parts of the ceremonies associated with the organization.

Freemasonry does have certain handshakes and passwords, customs incorporated into later fraternities, which are kept private. They are means of recognizing each other–necessary in an organization which spans the entire world and which encompasses many languages.

Freemasonry can’t be called a "secret society" in a literal sense. A truly secret society forbids its members to disclose that they belong to the organization, or that it even exists. Much of the Masonic ritual is in books called "Monitors" that are widely available, even in public libraries. Most Freemasons wear rings and lapel pins which clearly identify them as members of the fraternity. Masonic Lodges are listed in public phone books, Masonic buildings are clearly marked, and in many areas of the country Masonic Lodges place signs on the roads leading into town, along with civic organizations, showing the time and place of meetings.

In terms of what it does, what it teaches, who belongs, where it meets, there are no secrets in Freemasonry! It is a private fraternal association of men who contribute much toward the public good, while enjoying the benefits of the brotherhood of a fraternity.


Freemasonry has been active in the United States for over two hundred and fifty years. Since its founding in 1811, the Grand Lodge of Free and Accepted Masons of the District of Columbia has encouraged interaction and discourse among individuals of differing beliefs by promoting community service, civic responsibility, and civil debate.